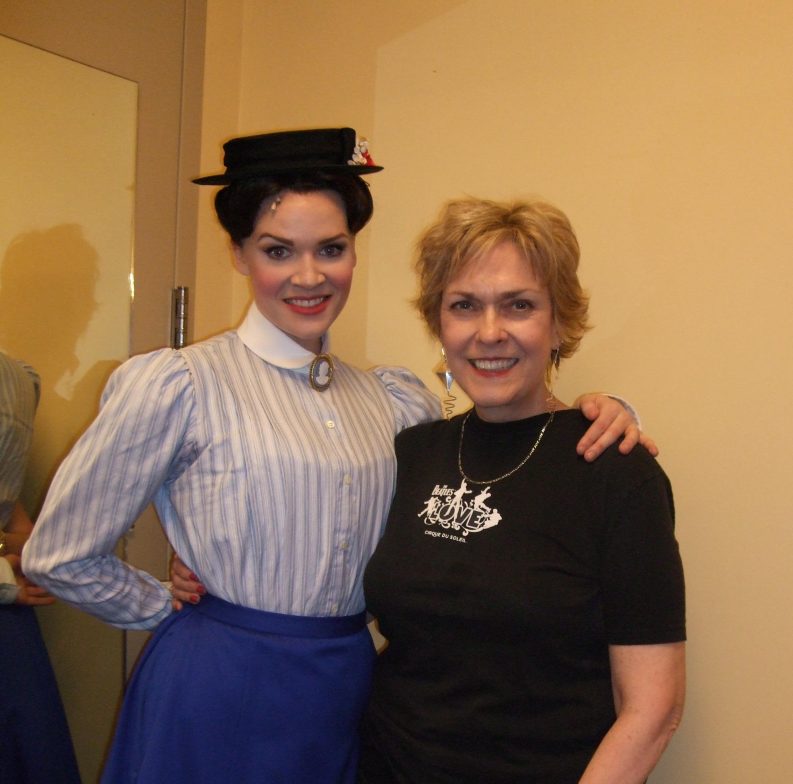 Mary Poppins on Tour. Working as the dialect coach with the new touring company of “Mary Poppins” has been a joy.  I was in Charleston, South Carolina for the final dress and first two previews and the audience’s reaction was exciting to watch and hear.   The extraordinary cast is headed by Rachel Wallace as Mary and Case Dilliard as Bert and directed by the incomparable Anthony Lyn.

The rehearsal/tech schedule was a killer.  Also it seemed like as soon as one technical problem was solved, another popped up.  Well, Mary flies, Bert dances upside down from the ceiling, the nursery comes up and down a half dozen times, kites fly, and on and on.  It’s a tech heavy show.  And then there’s the singing and dancing which is jaw dropping awesome!! At every preview the company received “bravos” after “Supercal” and “Step in Time” and standing ovations during the curtain calls.  Such a joyous production.  Hope Mary Poppins on tour comes to a town near you.

*above with Rachel Wallace as Mary Poppins