Two of my former students received Academy Awards this year. I have never written that sentence before! Mahershala Ali (NYU Tisch Graduate Acting) in “Moonlight” for Best Supporting Actor and Viola Davis (Juilliard) in “Fences” for Best Supporting Actress.  The academy awards made history this year with “Moonlight”. This was the first film with an all African-American cast to win Best Picture.  “Fences” was also nominated in the Best Picture category.

Mahershala was my student for two years in my Techniques of Voice and Text Class where we work on applying voice and speech work to the text work while the actor is acting texts from contemporary material as well as Shakespeare.  Viola was in my speech class for two years where we concentrated on losing any regionalisms and perfecting the clarity of the sounds. My memories of both of them are related to Shakespeare. 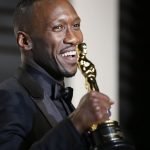 I remember in the Third Year Shakespeare class, Mahershala wanted to work on a speech from Macbeth and he chose “To be thus is nothing, but to be safely thus”.  It is challenging, to say the least, but he worked and worked on it and did an excellent job. I thought – one day he will play that role.  And I’m sure he will. 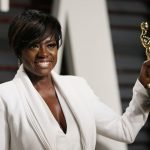 Viola played Paulina at Juilliard in the Fourth Year production of “The Winter’s Tale”.  It was more than 20 years ago but I can still hear her tearing in to Leontes with “What studied torments, tyrant hast for me?”.  The power in her voice, and the clarity of her speech connected to her acting is still with me all these years later.

I am so proud of both of them. Their hard work and persistence over the years really paid off.  And, they are not just extraordinary actors but really nice people.