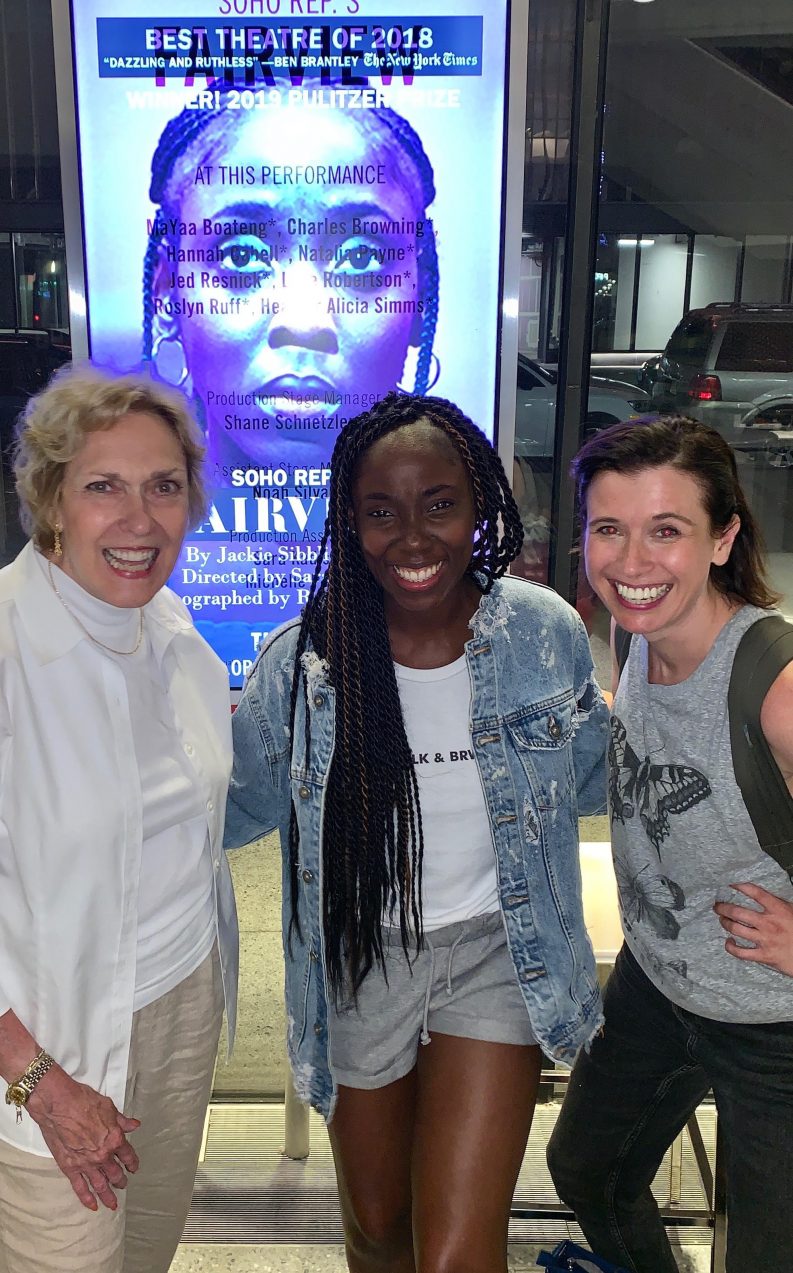 It was exciting to go to the theatre and see two of my former students, Mayaa Boateng and Hannah Cabell, in the acclaimed production of Fairview by Jackie Sibblies Drury and directed by Rachel Chavkin.  The play won the Pulitzer Prize for Drama in 2019.  This production started at Soho Rep and after a successful run it was moved to Theatre for a New Audience’s Polansky Shakespeare Center in order to reach a wider audience.

In an article in Vogue magazine, Liz Appel said that in the play “there was a sense that it was a conversation changing work that required a profound interrogation of the power dynamics – particularly those connected to race – active in the theatre.”  Each act of this three act play, deals with the title in a different way. The audience is kept off balance. 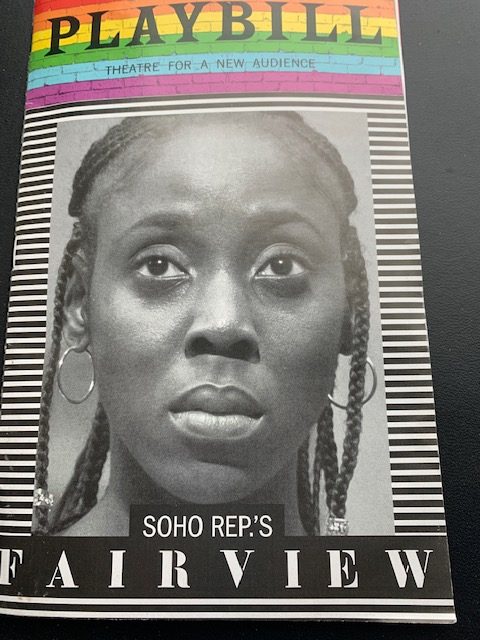 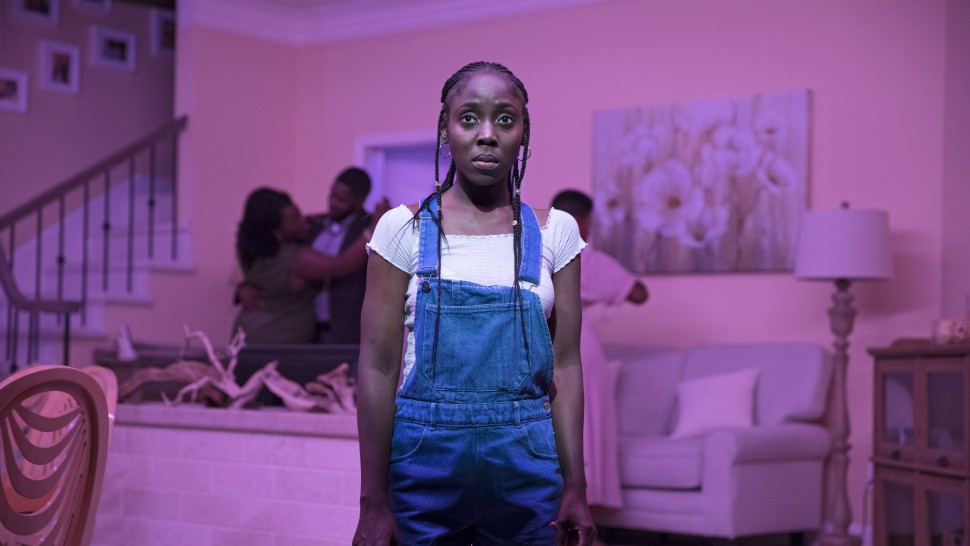 Fairview at Theatre for a New Audience