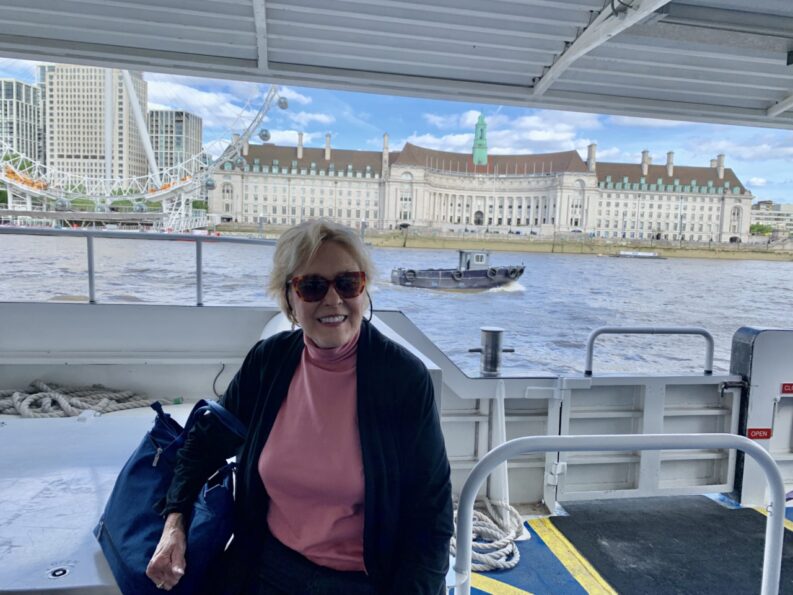 Just returned from four and a half weeks in London on my sabbatical from NYU. NYU London has wonderful facilities which included my own office with computer and phone. I don’t have anything like that in New York City!

My sabbatical project was investigating English dialects and I recorded some interesting ones. In addition to the dialect work, I saw a lot of wonderful theatre – “Small Island” was the standout. It’s so good that my guess is it will move to the West End and eventually to Broadway.

I also enjoyed “The Ocean at the End of the Lane” and “Middle”. “Much Ado About Nothing” at the Globe was delightful.  It’s always exciting to be in that theatre and imagine what it was like for Shakespeare to write his plays for that space. Was disappointed in “The 47th”. The lead actor, Bertie Carvel, was astonishing in his portrayal of Trump but the play didn’t really go anywhere.

Of course I had to go to Stratford Upon Avon. Hadn’t been there in years. It felt like going home. Saw Henry VI (2) and Henry VI (3) at the Royal Shakespeare Company. Both productions were good. One of the best and most interesting performances was Arthur Hughes as Richard, Duke of Gloucester. He will portray Richard III this summer and I think it might be worth a plane ticket to return and see him!