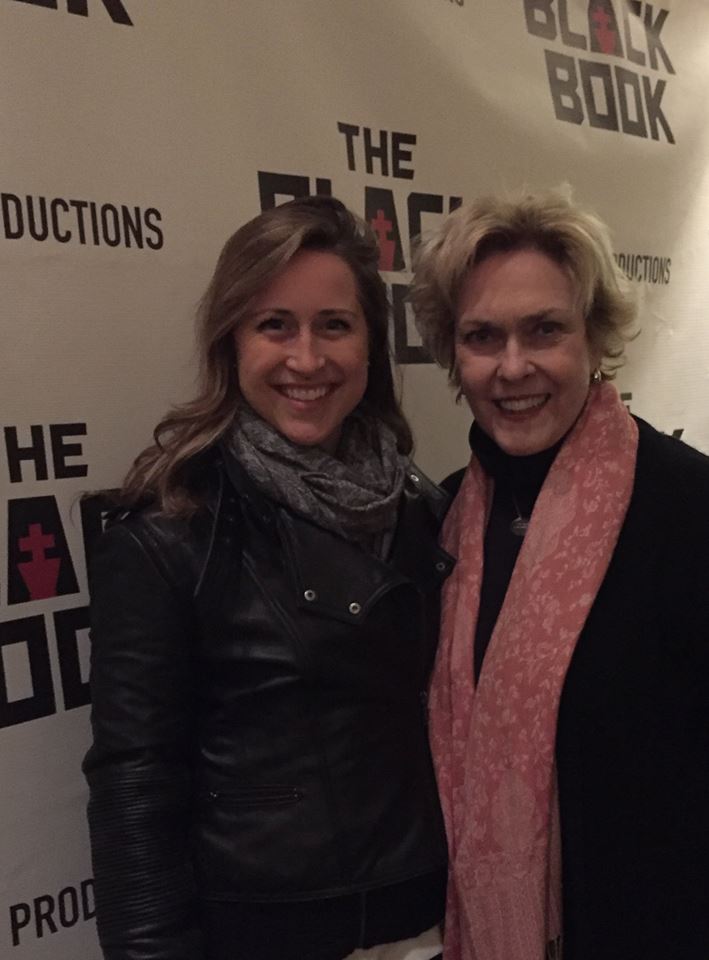 I went to see my former student Margy Love in The Black Book by Phil Blechman, playing at The Sargent Theater. She was terrific, and the voice/speech/text work was excellent!

“The Black Book” is a new play about an afflicted college student, Collin Archer, who secretly leaves a veiled suicide note in the form of a poem on the desk of his first year professor, Arthur Chase. Compelled to rescue his student, Arthur delves into Collin’s past, uncovering the secrets disguised in his poem in an attempt to figure out his next move. The Black Book is a high velocity mystery thriller exploring a mind wavering between clarity and collapse. So begins an intense psychological chess match, a mission to understand, and Arthur only has 99 minutes!

Margy Love is an actor and singer from Atlanta, GA. She graduated from Williams College with a degree in English and Theatre. She also finished my Advanced Level Class in January 2015.

Her recent stage work includes a reading series at The Pearl Theatre Company playing Nina in Aaron Posner’s “Stupid F***ing Bird”, the Blind Selena in an adaptation of Kurt Vonnegut’s “Galapagos” at the Parrish Art Museum in Watermill, NY and Trish in The NYC Fringe Festival production of “The Adventures of Boy and Girl”. Upcoming work: TV psychologist Dr. Quinn Allen in Taylor Fuchs’ feature film,”The Weekend Fix”, set to shoot in early 2016.