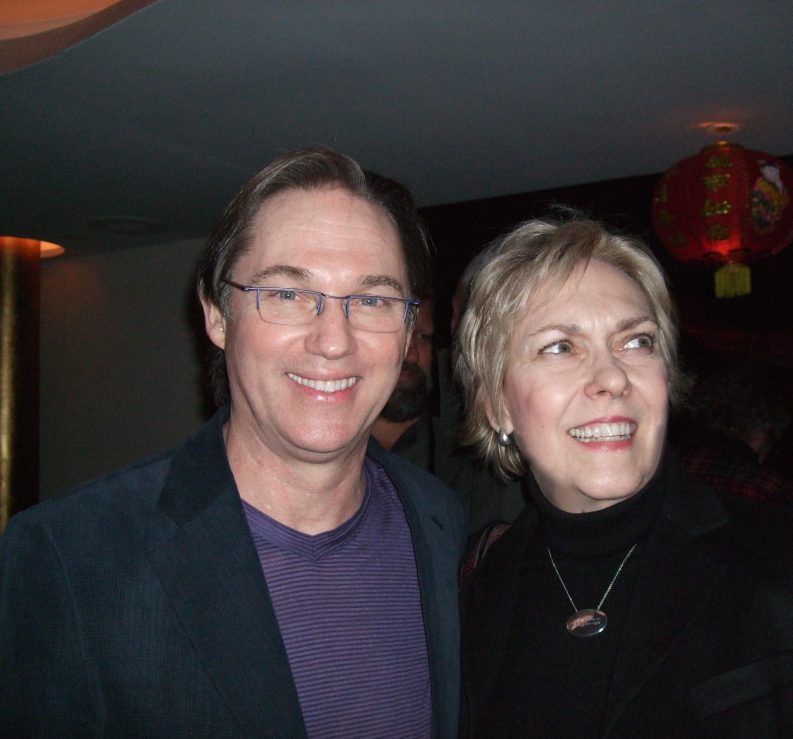 As I was waiting for the final run of “Timon of Athens” at the Public Theater (starring Richard Thomas as Timon) last night,  I heard one of the actors ask Barry (Edelstein, the director) if he was tired. This was at 9:30p.m. and the cast and crew had been in technical rehearsal since noon.  Barry said “No, I’m not tired. I’m doing what I love to do.  You can’t get tired when you’re doing what you love to do.”  This simple truth hit me because it’s the way I feel but had not quite articulated it.  Then the dress rehearsal started and the actors gave 100%.  They, too, were doing what they love to do.

above Shane Ann with Richard Thomas (Timon) on Opening Night, Timon of Athens