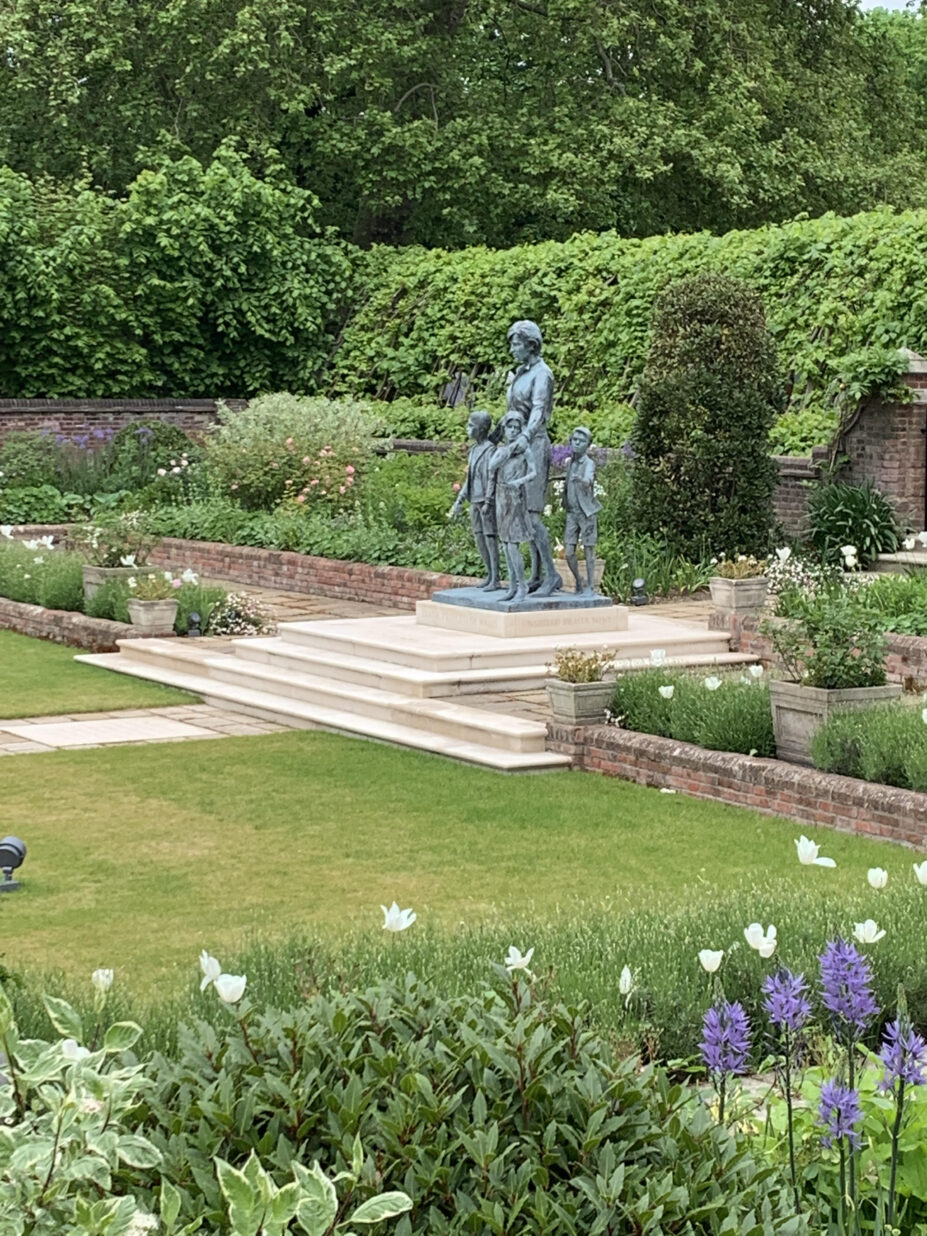 Princess Diana Kensington Palace Garden – During a recent visit to London on sabbatical from NYU I was able to visit a statue of the late Princess Diana which is located in the Sunken Garden of London‘s Kensington Palace. Commissioned by Diana’s two sons William and Harry on the 20th anniversary of her death, the statue was designed and executed by sculptor Ian Rank-Broadley and placed in the newly redesigned garden by Pip Morrison before being unveiled as a memorial to Diana on what would have been her 60th birthday.