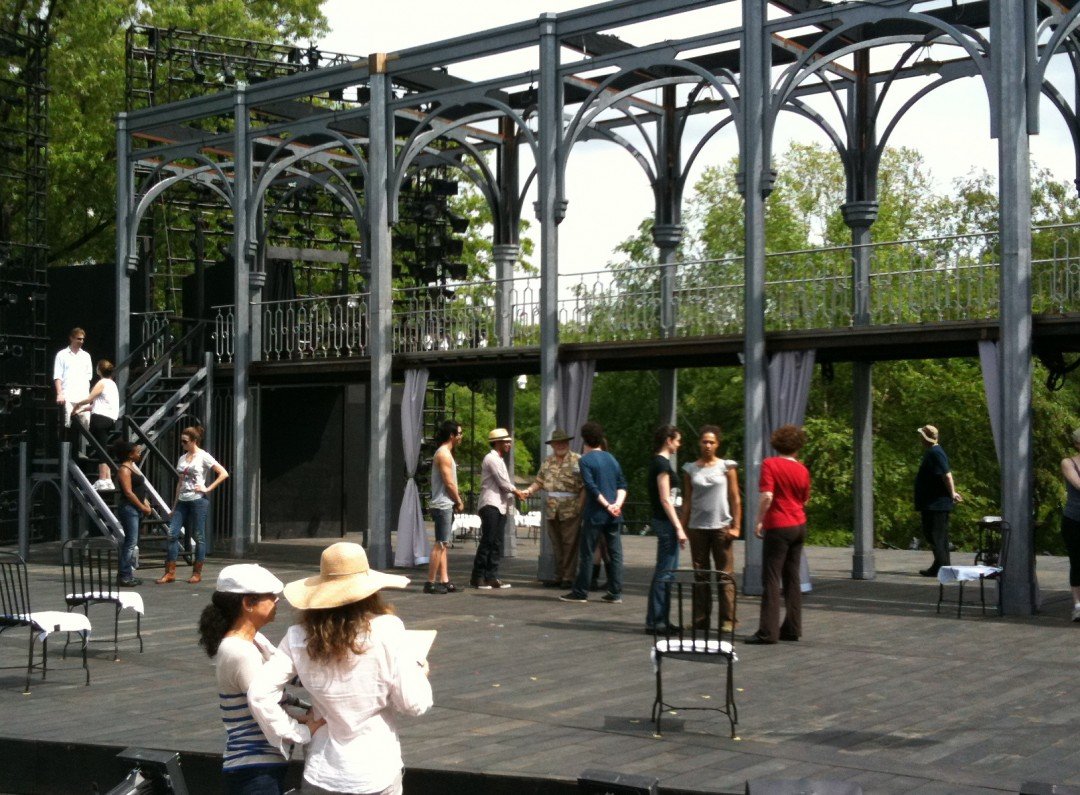 Joseph Papp established The Delacorte Theater in 1962.  The theater can be found just off of 80th street on the southwest corner of the Great Lawn.

Located at the heart of Central Park, the Delacorte Theater is best known for The Public Theater’s Free Shakespeare in the Park.  Seeing theater here is one of New York City’s most beloved summer traditions. Tens of thousands of New York natives and visitors come to the Delacorte to enjoy free Shakespeare. Two plays are produced each summer, at least one of which is traditionally a play by Shakespeare.

Tickets to shows at the Theater are free.  However,  one is must be prepared to wait in line on the day of the performance to obtain them.

The Delacorte Theater, operated by The Public Theater, founded by Joseph Papp.  It has hosted numerous productions of classic plays in addition to those by Shakespeare, such as Anton Chekov’s The Seagull and Bertolt Brecht’s Mother Courage and Her Children.

While the Theater is responsible for having introduced many a new talent to the stage, it also frequently employs more well-known actors and actresses.  For example, Meryl Streep, Al Pacino, and Philip Seymour Hoffman, among others.

The Theater itself is an open-air theatre venue.  It boasts a seating capacity of 1,872, offering clear views of the stage from any seat in the house.

Both Turtle Pond and the majestic Belvedere Castle can be seen in the background.  This makes for a picturesque setting for this renowned Central Park theater.

This site uses Akismet to reduce spam. Learn how your comment data is processed.