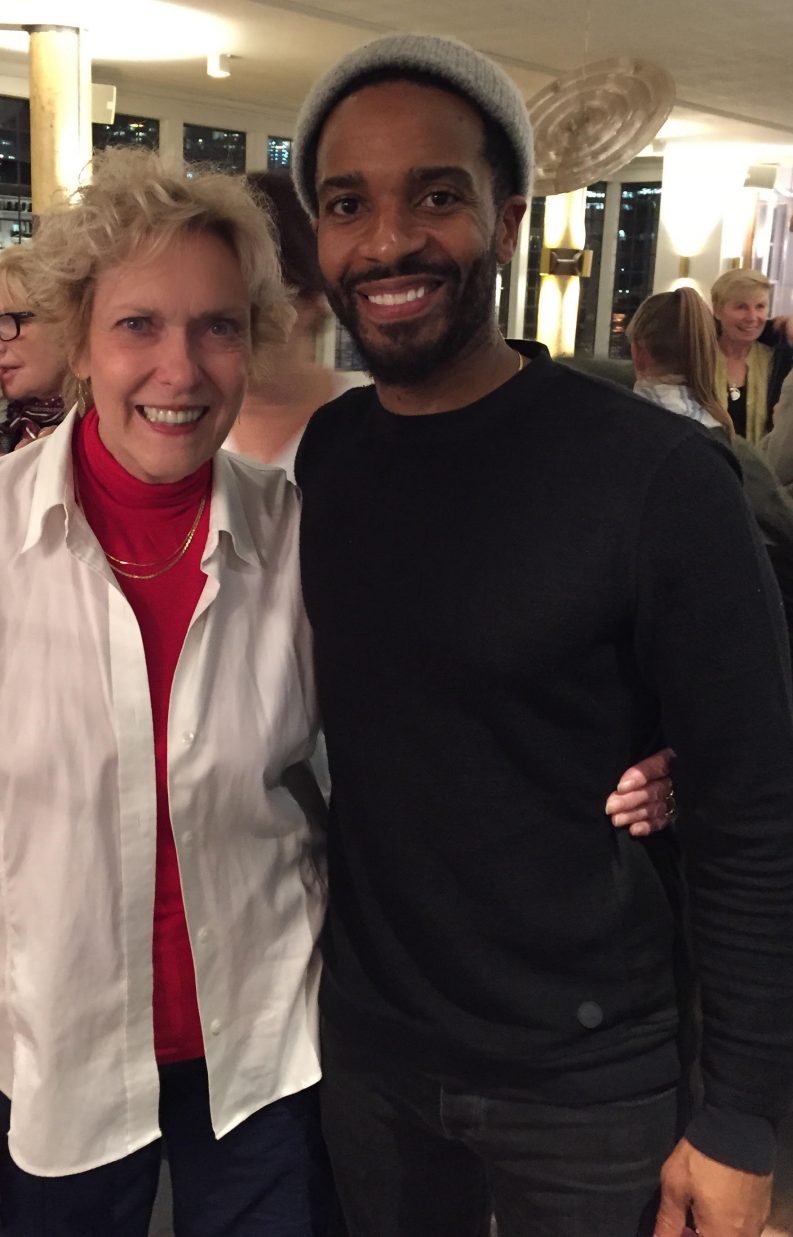 I’ve been to the Globe Theatre in London before but this time my former student from NYU Graduate Acting, André Holland, was playing Othello!  It is difficult to describe the feelings of seeing someone you taught perform on such a prestigious stage. From the first moment André entered, he commanded our attention.  He had the audience in the palm of his hand. His use of the language was excellent. All of the ideas were clear and connected to his acting. And I was especially delighted that his beautifully resonant voice filled the “wooden O”.  Mark Rylance was Iago and the production was directed by Claire van Kampen.

André Holland is only the second American to perform at the Globe Theatre. Another American with a strong connection to the Globe is Sam Wanamaker an actor and director. When he visited London in 1949, he was dismayed that there was nothing to show where the original Globe Theatre had been except for a small sign. He raised money and launched the Shakespeare Globe Trust to over see the building of the New Globe. A plaque on the South Bank of the Thames river says “In thanksgiving for Sam Wanamaker, actor, director, producer whose vision rebuilt Shakespeare’s Globe theater on Bankside in this parish.”