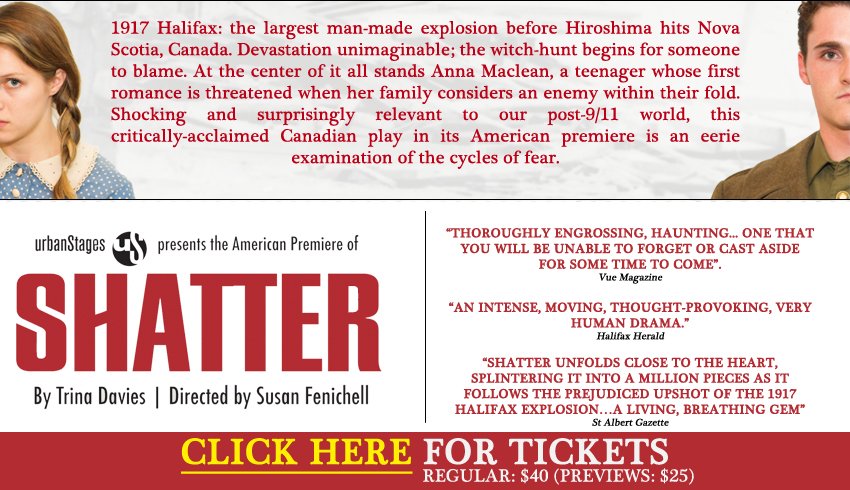 “Shatter” by Trina Davies recently opened at Urban Stages. The play takes place in Halifax, Nova Scotia in 1917 and tells the story of the Halifax Explosion which was the largest man-made explosion in the world prior to the bombing of Hiroshima.  I served as dialect coach for the production.