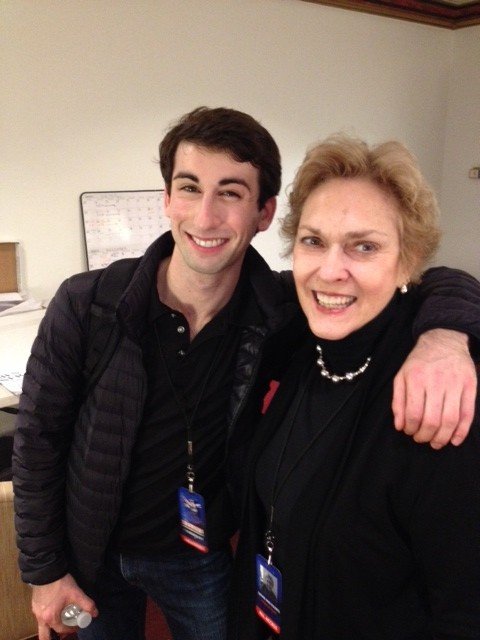 Newsies is Winner of the 2012 Tony Awards® for Best Score and Best Choreography, which is now touring North America.

During the summer I worked as dialect coach on the production getting it ready to go out on the road.  This is a photo taken with Jacob Kemp (Davey)  in “Newsies” on tour at the opening in Philadelphia.